Trending Now
Argentina Wins FIFA World Cup 2022 Beating France...
Ride-Sharing Apps are increasing in Nepal like Pathao,...
Helpful websites for Graphic Designers | You won’t...
5 BEST TENNIS ACADEMIES IN THE WORLD
5 WAYS TO STICK TO YOUR FITNESS GOAL
MrBeast Hosts Squid Game Real Life? Who has...
Famous Food In Kathmandu | Delicious and Budget...
5 Big Reasons that you shouldn’t carry your...
5 ways to generate passive income in Nepal
What Is CryptoCurrency? Everything To Know About Digital...
Home Sports 5 BEST TENNIS ACADEMIES IN THE WORLD 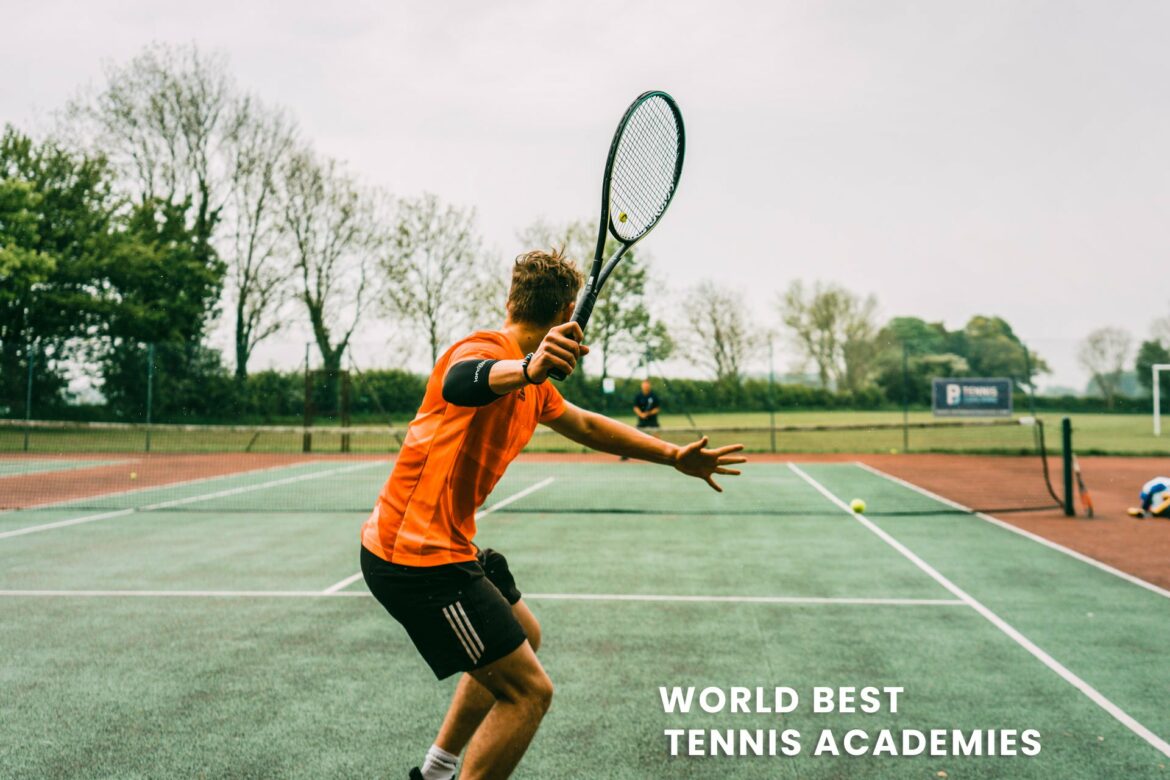 If you are into tennis, then you know that being a tennis player is not an easy task. It requires discipline, effort, consistency, and persistence. And to reach that level, good guidance and coaching are equally required. That is why there are thousands of institutes all across the globe that provide professional training to aspiring tennis players.

But where are the best tennis academies? Which country has produced the most successful tennis players? If you don’t have any idea then,

Here is the list of the five best tennis academies in the world.

In 1978, Nikki Bollettieri established Bollettieri tennis academy, now known as IMG Academy in Florida. It is one of the most famous academies in the USA and across the globe.

This academy has played an important role in shaping the career of noted players: Serena and Venus Williams, Maria Sharapova, and other noted players. You know now why IMG Academy is famous.

Its extensive workout plan, student approach, and world-class coaching make it one of the best tennis academies in the world.

Riccardo Piatti is one of the successful tennis coaches at the international level. He started Piatti tennis center in 1988,  paving the path for the successful career of many renowned tennis players. Located in Bordighera Italy, Piatti has assisted world-class tennis players for more than 40 years.

The Piatti is one of the best tennis academies in the world because they uniquely prepare young athletes to pursue a professional tennis career.

To maintain the quality, they provide a maximum of 2 players in a court with one or two coaches.

ALSO READ, 5 WAYS TO STICK TO YOUR FITNESS GOAL

Alexander Waske tennis university was established in the year 2010, by two former German Tennis players, Alexander Waske and Rainer Schüttler. It is located in Frankfurt, Germany.

With more than 30 years of experience, this tennis academy has more than 30 professional tennis players under training.

Some of the finest tennis players such as Michael Mmoh, Andrea Petkovic, Karim  Maamoun, etc are alumni of this tennis academy.

Located in the exquisite location of France, Mouratoglou tennis academy is the home of some of the greatest female players of all time.

Patrick Mouratoglou founded the academy in 1996 and coached some of the high profile tennis players: Serene Williams, Stefanos Tsitsipas, and Coco Gauff.

And with more than 20 years of experience, it has now produced some of the greatest players of all time.

ALSO READ, Tips to Increase Your Self Esteem and Confidence.

Sanchez-casal tennis academy, established in 1998 in Barcelona, Spain is one of the most widely celebrated tennis academies of all time. It started with the theme of not just training but educating the tennis players, and so far it has succeeded to do so.

The founder of this tennis academy Emilio Sanchez Vicario and Sergio casal started this academy in Spain. But it has its branch in Florida, USA too.

Ana Ivanovic and Svetlana Kuznetsova are two of the greatest players of all time who got their tennis education and training at this institute.

If you want to achieve great things in life, then you must be persistent, and consistent. However, sometimes these things don’t help us all the time. A little extra help might be what you need.

Thus even in the field of tennis, you require world-class guidance and support. That is why to be a part of the best tennis academies among many to unleash your potential is crucial.