Trending Now
Argentina Wins FIFA World Cup 2022 Beating France...
Ride-Sharing Apps are increasing in Nepal like Pathao,...
Helpful websites for Graphic Designers | You won’t...
5 BEST TENNIS ACADEMIES IN THE WORLD
5 WAYS TO STICK TO YOUR FITNESS GOAL
MrBeast Hosts Squid Game Real Life? Who has...
Famous Food In Kathmandu | Delicious and Budget...
5 Big Reasons that you shouldn’t carry your...
5 ways to generate passive income in Nepal
What Is CryptoCurrency? Everything To Know About Digital...
Home Uncategorized 5 Big Reasons that you shouldn’t carry your phone to the toilet 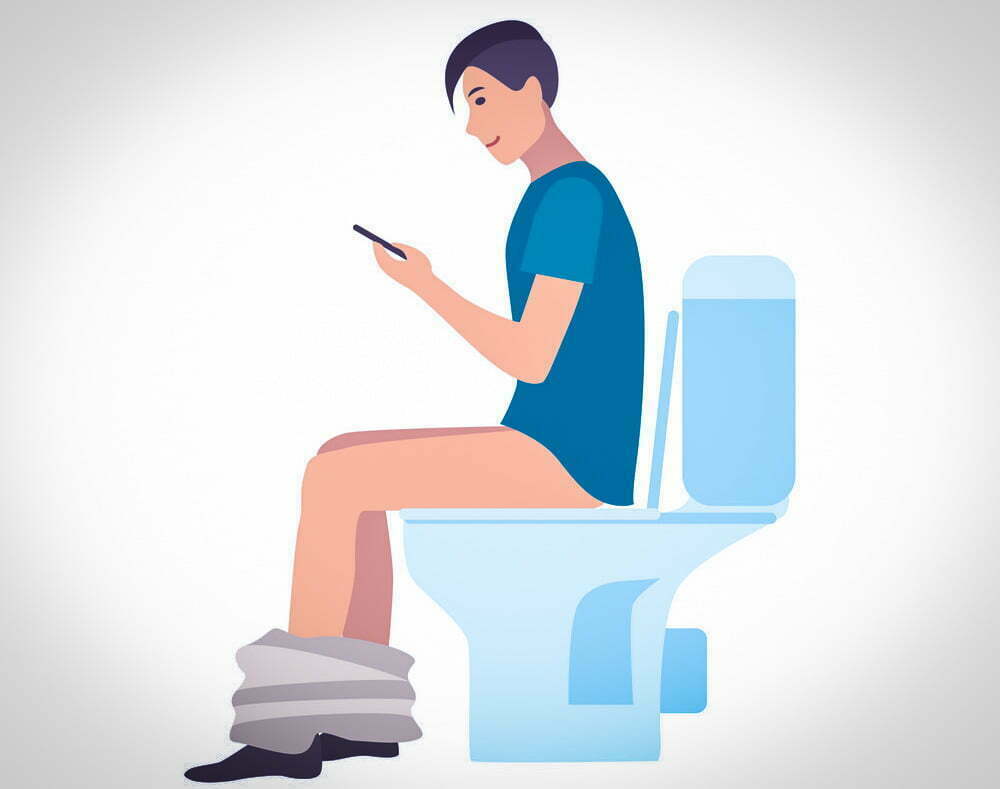 In this article, we show you the 5 big reasons that why you shouldn’t carry your phone to the toilet. The solitary confinement of one’s bathroom is perhaps the most peaceful time of the day for people like myself. You get to catch up on the news, social media vomit from friends and family and even catch up on work emails. Like everyone else, I leisurely took time in answering nature’s call and catching up on my social tasks until one fine day a professor in my Dental CDE class, dropped the bomb on us! He said and I quote “The average smartphone screen is even dirtier than a toilet seat.”

Despite being an ardent cleaner of all things around me and excessive use of sanitizer (Pre-Corona Pandemic) I had not judged the amount of filth my phone carried, and probably took to bed and dining table, until I decided to go on research mode and what I found was beyond the germ theory.

Here are the top 5 reasons why we shouldn’t take the phone to the toilet:

It was a disturbing fact I came across whilst scrolling my mobile, the fecal matter- Toilet Plume. Toilet plume is the dispersal of microscopic particles while flushing. While not much can be transferred via a healthy person’s plume, except for hygiene, research has shown that there exists indirect evidence that pathogens (disease-causing microbes like SARS Coronavirus or norovirus) could potentially be spread by flushing. Scientists at the University of Arizona have found that cell phones carry 10 times more bacteria than most toilet seats. Hence, flushing with the lid down can help minimize the toilet plume.

Germs are everywhere and thanks to mobile data and fast Wi-Fi connections so are the cellphones, even in public bathrooms. We can be extra careful, putting our phone in the pocket, using the paper towels for touching the doorknobs or faucets, but we never know what the people before us have done or have infected. Unless we invent mobiles that self-sanitize, it’s safe to say- Do not bring your cellphone to toilet restrooms.

YOU MAY ALSO LIKE TO READ ABOUT Tips to Increase Your Self Esteem and Confidence.

An article in Healthline Magazine quotes colorectal surgeon Dr. Karen Zaghiyan saying: “It’s not the actual act of using a smartphone that is the problem. Rather, sitting on the toilet [whether you are reading or just sitting there] for a prolonged period of time can definitely lead to hemorrhoid problems.” But what are hemorrhoids?

The swelling of already existing blood vessels around one’s rectum is hemorrhoids. They can be both internal and external and can cause, pain, bleeding, and clots. In Short, these are painful conditions.

When we sit in that position for more than 10 minutes while catching up on missed shows, audiobooks, or eBooks or even scrolling through Instagram, we are putting unnecessary pressure on our rectum. The collective continued pressure on the rectum day in and out causes the engorge blood vessels and exacerbates hemorrhoids.

So while hemorrhoids are not directly caused by smartphones the act of sitting straining and mindless scrolling exacerbates the condition. So we might want to leave the cellphone from the toilet.

4) Exacerbation of Nerve and Hip problems

Again it’s not the act of using the cellphone that causes the problems but the position and time taken while answering nature’s call that causes the deterioration of nerves, bones, and muscles.

As much as the advent of the internet into our phones has opened a Pandora’s Box of news and entertainment for us common folks, it has seemed to cost our physical and mental wellbeing due to addiction as well.

Our minds are constantly bombarded with information both useful and useless throughout the day. Answering nature’s call is the body’s way of taking a break and relaxing. It is supposed to be a simple task of eradicating your bodily waste and relaxing, and we have even tried to cram those few minutes of natural break catching up on work, emails, and again the mindless scrolling.

YOU MAY ALSO LIKE TO READ ABOUT 10 Foods to Keep your Kidneys Healthy.

This is not good for our mental clarity or peace. As kids we remember being bored in the bathroom and reading the back of shampoo bottles, such mindless tasks help us collect our thoughts and help us loosen the more creative nooks and corners of our brain.

In the long run, our obsession with always staying in touch and being online has hindered our creativity and mental well-being. By knowing these big 5 reasons why you shouldn’t carry your phone to the toilet may help you on a regular basis.

Tips to Increase Your Self Esteem and Confidence.