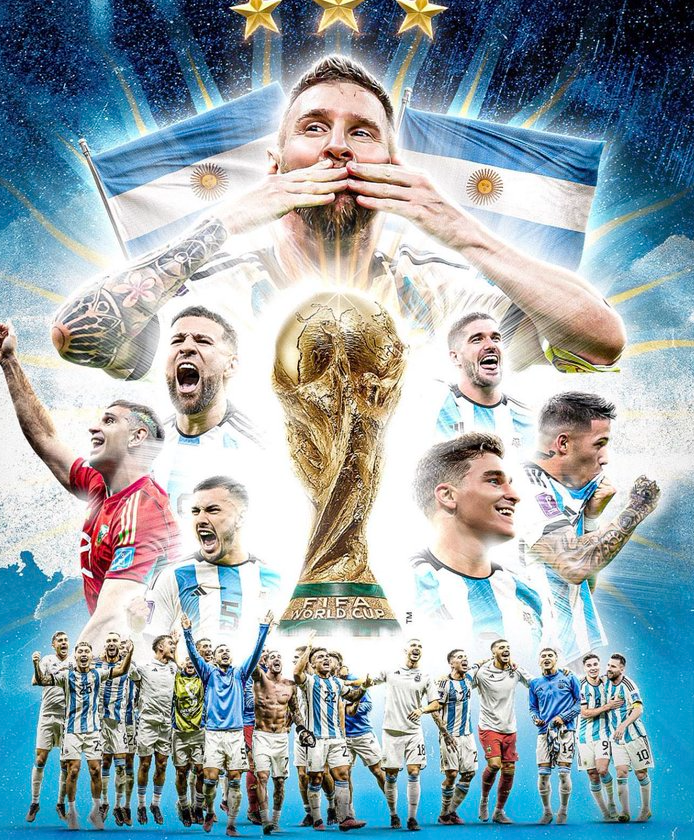 DECEMBER 18, 2022 Argentina is Finishing this year by Winning the FIFA World Cup 2022. After having shameful Loss against Saudi Arabia in their first match. The team has made an serious comeback. Lionel Messi Has won his First World Cup Before Making Retirement.

Gonzalo Montiel kicks the winning penalty kick as Argentina wins 4-2 in penalties. Aurelien Tchouameni and Kingsley Coman failed to make it for France. Mbappe claimed a hat trick for French and Messi scored twice for Argentina in the epic 3-3 draw that resulted from extra time. Following a historic win over France in the championship game, where he saved two goals in the penalty, Emiliano Martinez of Argentina was awarded the golden glove for best goalie at the FIFA World Cup.

Along with Diego Maradona, the nation’s first football idol, who led them to their moving second victory in 1986 after their first in 1978, the 35-year-old Messi got the trophy he craved. “I find it incomprehensible that we endured such hardship in a flawless game. Crazy, but this squad always responds, “Lionel Scaloni, the Argentina coach, stated.

Ride-Sharing Apps are increasing in Nepal like Pathao, InDriver, Sahara.