Trending Now
Argentina Wins FIFA World Cup 2022 Beating France...
Ride-Sharing Apps are increasing in Nepal like Pathao,...
Helpful websites for Graphic Designers | You won’t...
5 BEST TENNIS ACADEMIES IN THE WORLD
5 WAYS TO STICK TO YOUR FITNESS GOAL
MrBeast Hosts Squid Game Real Life? Who has...
Famous Food In Kathmandu | Delicious and Budget...
5 Big Reasons that you shouldn’t carry your...
5 ways to generate passive income in Nepal
What Is CryptoCurrency? Everything To Know About Digital...
Home Entrepreneurship Top 5 YouTubers of Nepal. 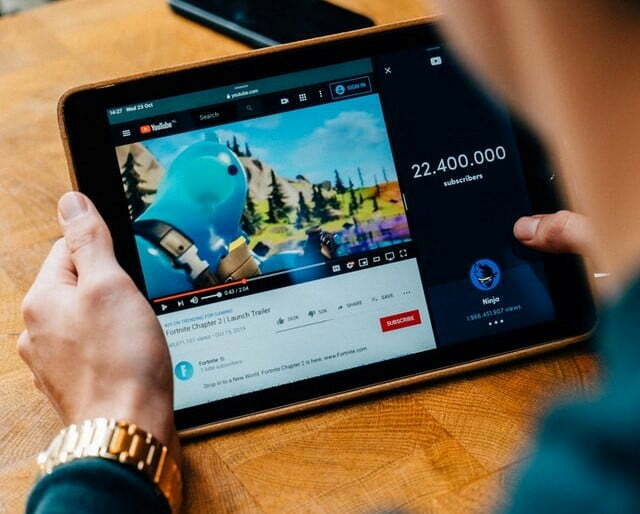 And the reason is simple, we don’t have the innovative content and videos to post on the YouTube channel. But we are thinking of creating our own channel.

Nowadays people are making negative comments in other videos. However, because of the craze of people toward YouTube channels, the negativity becomes normal for all.

Okay, we come to the exact point that is about the YouTubers of Nepal who are listed in the top five list in the YouTube channel from Nepal. They are:

Cartoon Crew is a YouTube channel that was established by a dance group. The Cartoon Crew is a YouTube channel that is based on dance and music. And whose name became recognizable after their dance videos like Pani Paryo, Jalma (Resham filili), etc. In the early days, the crew was lead by Sabin Karki but now the channel is owned by Ashma Bishowkarma and Saroj Adhikari, because of controversy and their personal reason Sabin Karki left the group. Nowadays Saroj Adhikari and Aasma Bishowkarma are being more popular and the number of subscribers in their channel is also increasing and it’s more than 2.63 million.

You can also check out their YouTube channel and enjoy your time with their beautiful videos.

YOU MAY ALSO LIKE TO READ Tips to Increase Your Self Esteem and Confidence.

Ming sherpa is popular for his comedy skills and short entertaining videos a; so-called vines. Ming recently has more than 931k subscribers on his YouTube channel. Ming gained public eyes in a very short period of time with his comedy videos and short vines. Ming is young aged but he has challenged other YouTubers with his comedy videos and music videos. By having a versatile personality. He has also inspired youngsters with his work. He used to write and sing the song by himself, and also write the script for his videos. His music video like Swag kta mah and Guff nahan are some very popular videos of him. He is loved by everyone, and the one and only reason for the love is Entertainment. We can get entertainment from his music videos and vines.

James Shrestha is one of the loved YouTubers by Nepali people. He is a UK-based Nepali YouTuber who gains popularity from his unique YouTube content. But if we go back to his early days he came to the eye of the people from his beautiful music videos like Timilai, Yo timlay garda ho ft. Gxsoul, Timi meri, and more. His YouTube channel is full of different content like comedy videos, vlogging & music videos. Many youths get inspired by his YouTube journey and get entertained. Currently, he has 861k subscribers on his YouTube channel.

Nowadays the name Sisan Baniya has become more common, popular, and known by every youngster. He falls as the most creative Vlogger of our Country Nepal. He became popular throughout the years with his beautiful vlogs. In Today’s date, sabin became the inspiration for many youths. He is also a unique content creator like he makes short movies, travel vlogs, tech unboxing, and also advertisement. He used to entertain us especially with his beautiful vlog which is related to different places in our country. We can spend our leisure time watching his vlogs. Sisan Baniya’s YouTube channel has more than 587k subscribers in his YouTube channel. We can learn many more things by watching his creative work.

YOU MAY ALSO LIKE TO READ Famous Food In Kathmandu | Delicious and Budget Street Foods.

Sabin Karki is a multi-talented personality in the industry of Nepali entertainment. The fellow member and leader of the famous dance crew “The Cartoon Crew”. However, he is one of the energetic and creative among other top 5 YouTubers in Nepal. He owns his two official YouTube channels. After leaving Cartoon Crew he gave more time to his own YouTube channel and made more entertaining content. Although sabin is skilled in things like making comedy videos, Dancing and choreography, music video direction, and video editing.

He is also one very popular and unique choreographer of the Nepali music industry. He choreographed very famous music videos like Maya gara dance cover, Chatta Rumal, etc. We can get entertainment from his comedy videos, Cover dance, and music videos. He used to make his videos for his YouTube channel with the help of his brother. He is also a Popular  YouTuber of   Nepal.  His Sabin Karki –Beest YouTube channel has 644k and the Beest Production channel has 598k Subscribers. You can also check his YouTube channel and get full entrainment.

Tips to Increase Your Self Esteem and Confidence.

How to become a Succesful youtuber in Nepal?